We all have had and still are expriencing very traumatic times due to the uncertainty of the pandemic and the ongoing threat of War looming over us here in Europe. My 6th single was held back for so long and I felt all my pent up frustration was going to harm my mental health. To be honest it did, the pandemic shut me down in many aspects and I was going to give up. This song reminded me of why I wrote it in the first place. Something To Believe In came to me, while I was questioning my will to live and if anything or anyone can save me. the answers are slowlyly unravelling  as I release this song and many others scheduled for release. One thing is certain, I am still here despite the odds. I might not be where I want to be yet, but I am definitely standing up from where I crashed and burnt. I encourage you to stand up and walk into your healing. Please do continue to support me by joining my mailing list here, following me on all my social media, engaging my content with Likes, Comments, Shares. Something To Believe In will inspire you and give you a push to challenge your Status Quo! Enjoy it.

Ask Darryl Sterdan renowned voice and music editor on Twitter, Spotiffy and on Groover also known as Tinnitist with over 200K followers. Something To Believe In #STBI makes number 2 on his and Groovers / May Flowers 155 list and on Spotify Read more here.

Queen Marilyn 1 is a West London performing artist, composer, singer-songwriter, and producer. Many also know her as a Trans-media / multi-media Performing Artist. She is passionate about writing and producing across genres for herself and other Artists, atypical of a genre bending maverick.

Previously Queen Marilyn 1 collaborated with Nile Rogers of Chic, French Disco legend Cerrone, Bonnie Tyler, 4 Hero  and others in the international Dance and Rock scene under her real name Marilyn David. Queen Marilyn 1 has performed at the Olympia Paris, Cannes Film Festivals, Stade de France, Live 8 Chateau De Versailles, Forum Grimaldi Monaco amongst other World-Class stages. Queen Marilyn 1 has also performed for D&G, Cartier, Moet Hennessy, Swatch, De Grisogono Switzerland and for various brands in Fashion and Luxury. In May 2019 the Trans-media Artist launched a bi-weekly release of her #NewPop genre and is already topping No 1 on Reverbnation’s Pop Chart for London. New Pop aka Cinematic Dance-Pop is a fusion of genres with Cinematic nuances. The genre has received positive reviews in the US and is receiving support form BBC Introducing London. Queen Marilyn 1 is preparing a national tour of showcases to develop a new fanbase.

Get Intimate With Queen Marilyn 1

Chat and spin Radio and their 15K listeners are glad to celebrate Queen Marilyn's bi-weekly releases with Drivetime story telling sessions and interviews revealing what makes this Artists and her music so compelling.

Visit www.chatandspinradio.com click on the Listen Live button to luanch the player and join the interview. You can also say hello to Queen Marilyn using the hashtag #queenmarilyn1 #hello on all of her social media to get peronalised greetings and other giveaways. Spread the world!

We are excitied to announce Queen Marilyn is toping the Pop Charts at Reverbnation, she has been invited by the team to be playlisted on their uniquely curated "Best Pop" playlist for the 4th time this month! check out this post with 13 topics that musicians can blog about. 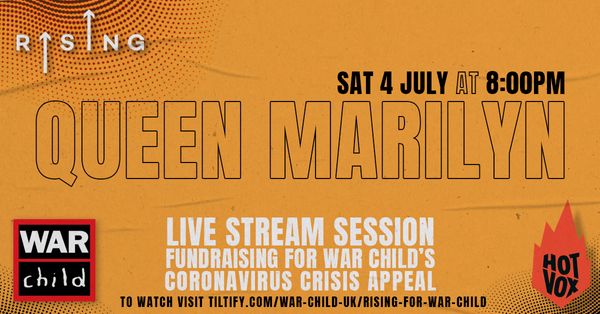 We are overjoyed at the invitation from Hot Vox and War Child to support an amazing cause helping all the beautiful childen in desperate need during Covid-19 and War. Please! Help us celebrate their lives and all those who dedicate… 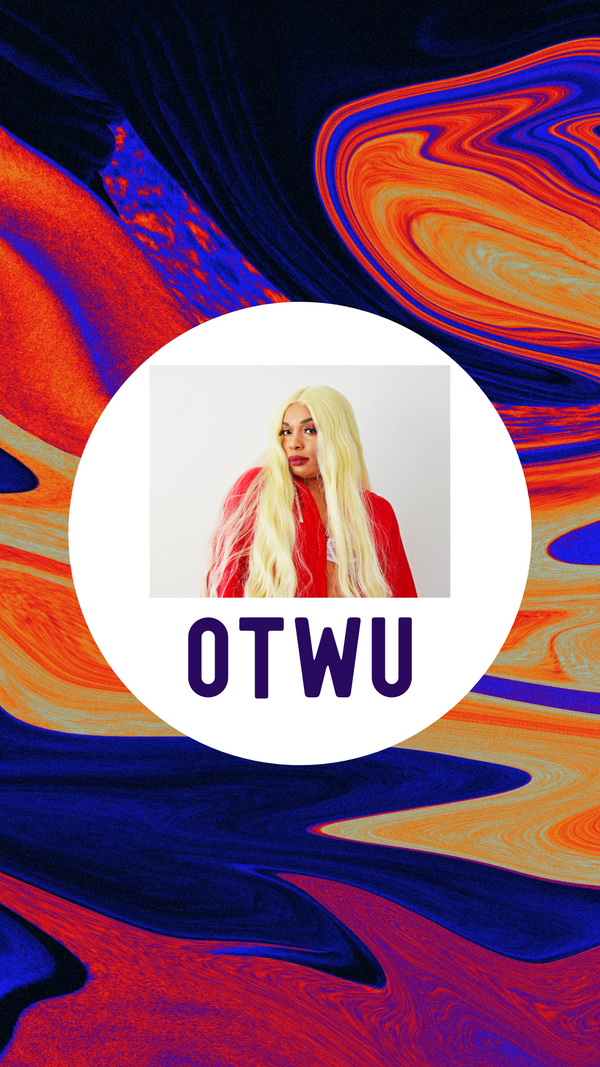 Have we got news! In cased you  missed out on all the encouragement on Social media. Queen Marilyn has completed four episodes of her weekly On The Way Up series which originally started on IGTV. She shares her journal as… 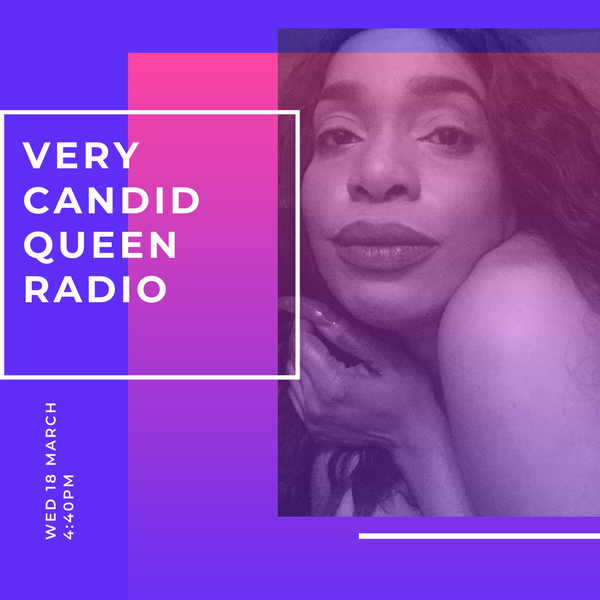 Thank you all so much for tuning in, in thousands worldwide for the last two radio shows. As usual you brought the fun and never disappoint. Queen is on again Wednesday the 18th at 4:40pm GMT #SaveTheDate and let's kiki! 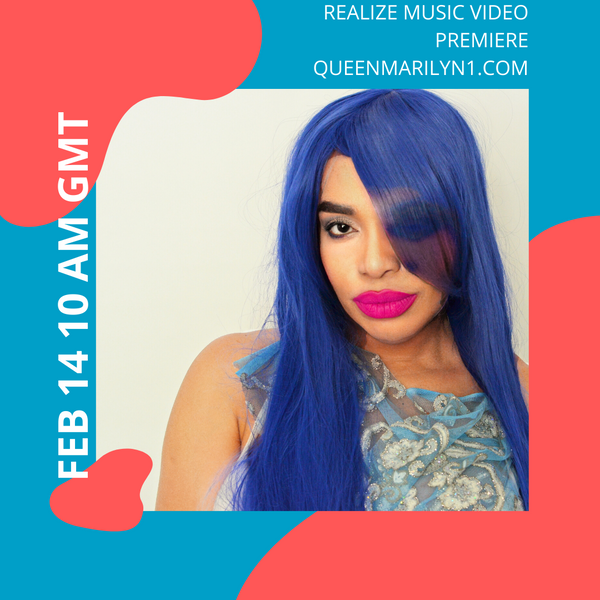 Queen Marilyn 1 is proud to announce her debut music video for Realizing is premiering at 10 AM GMT this Friday February 14. You don't have any date for Valentines? no worries watch the video and be accompanied by a… 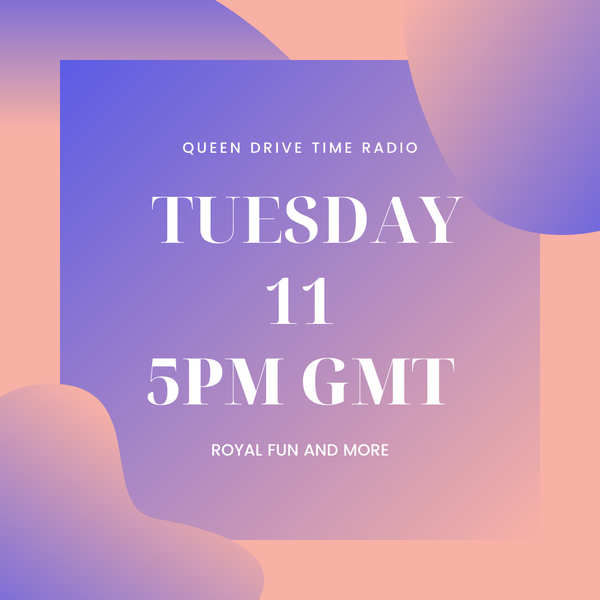 #Hearts we have special news to be shared at 5pm GMT next Tuesday the 11ith of February on the #drivetime segment at www.chatandspinradio.com as usual click the listen live button and join in the fun. The countdown to Valentine begins… 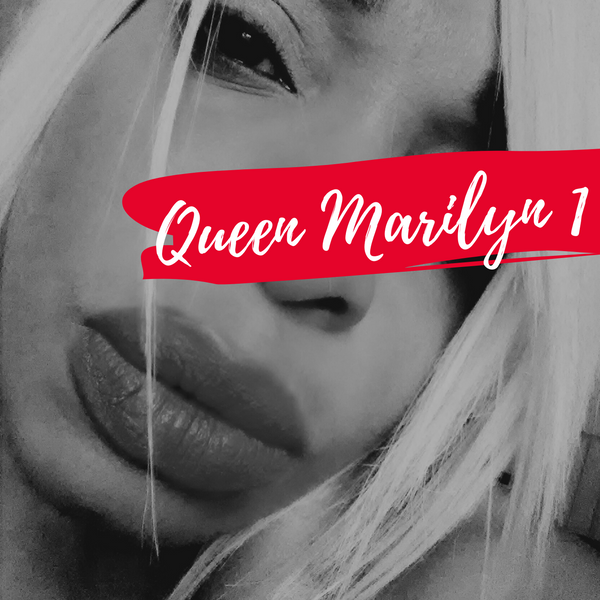 First we would like to apologise for the delay in announcing the date of the show. Queen Marilyn's hectic recording schedules had everything to do with the delay, but we are grateful you all showed up to listen from around… 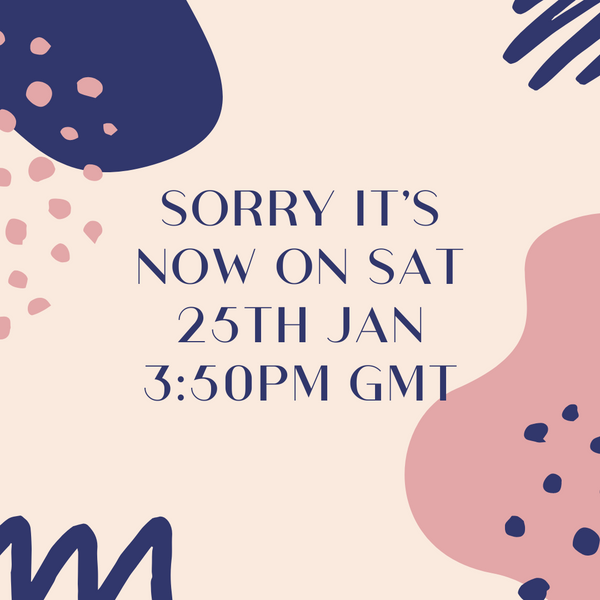 For a few days now, the Chat and Spin studios has been inundated with technical issues. We apologise for any inconveniences caused. Please #savethedate this Saturday 25th January 3:40pm GMT. You may also listen to Queen's previous interview on YouTube… 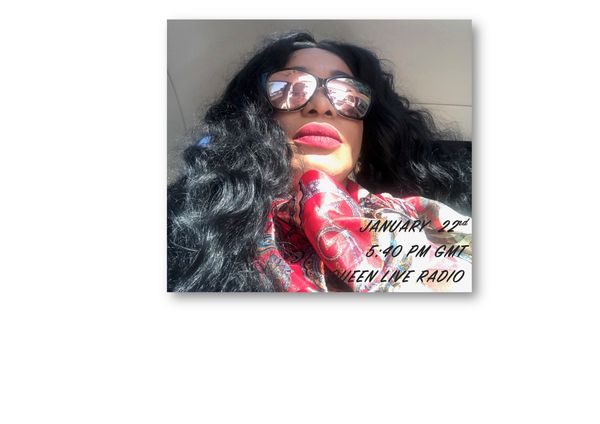 Hello Hearts! It always is a pleasure to have you all on the show. If you missed the last one no worries, we are playing you the song again this Wednesday the 22nd of January at 5:40pm GMT. Be sure… 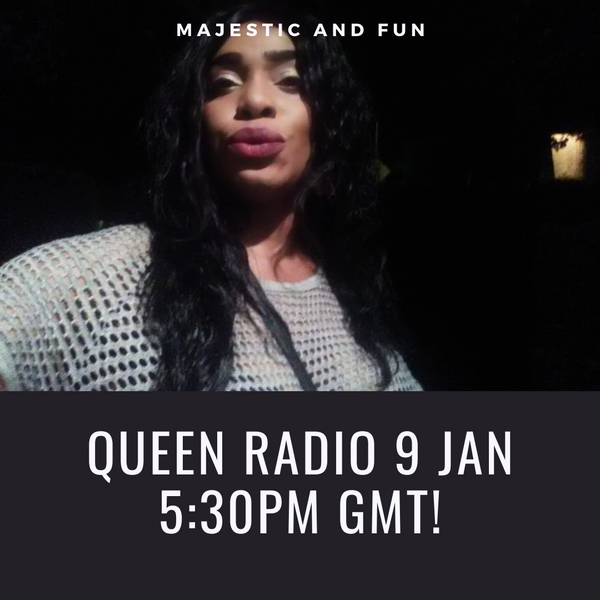 We apologize for any inconveniences caused due to the technical glitch at www.chatandspinradio.com studios. Queen Marilyn's interview has now been rescheduled for Thursday, Jan 16 at 5:40pm GMT. Please #savethedate visit the website link and click on the listen live… 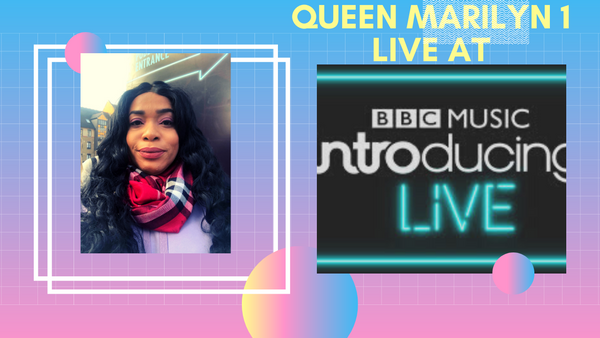 Come hail or high waters Queen Marilyn 1 remains unstoppable! It isn't enough that the artist sleeps has literally been sleeping at the studio, churning out releases for her fanbase development and promotional tour in 2020. Over the weekend her… 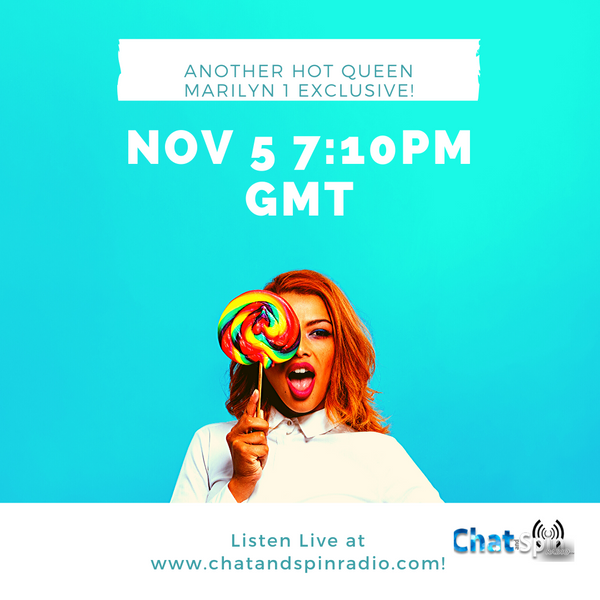 Yes! Listen to another exclusive Radio only promo of Queen Marilyn's unreleased music. Visit www.chatandspinradio.com and click on the "Listen Live" button. See you there! 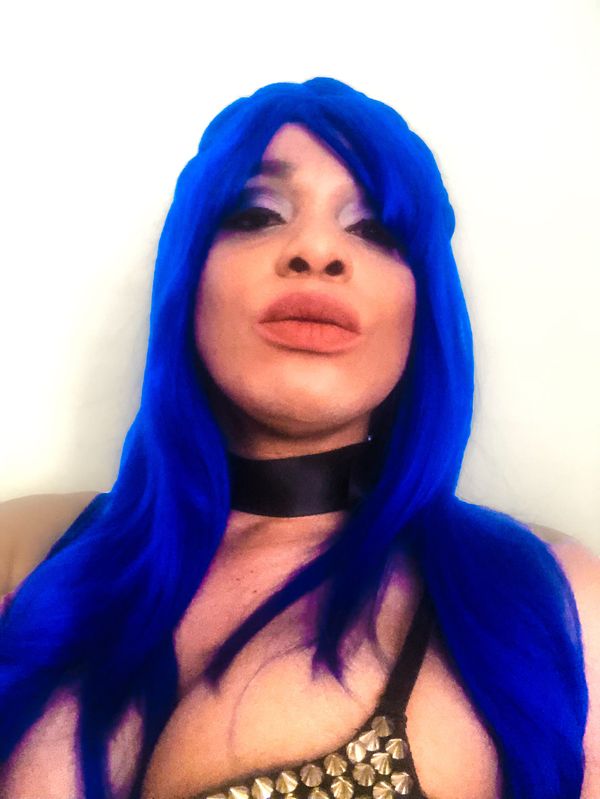 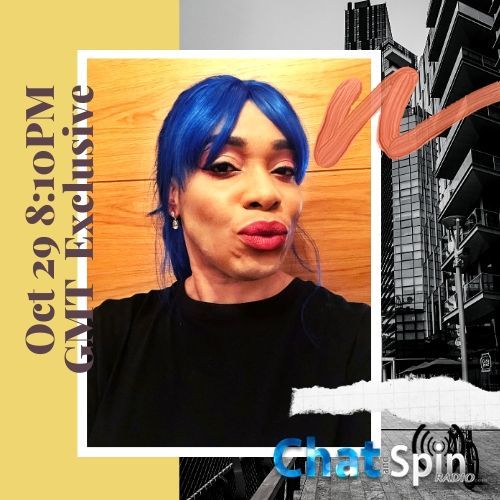 Queen will be on air live at Chat and Spin Radio, next week Tuesday, www.chantandspinradio.com with another exclusive preview of GET UP her unreleased music and more storytelling. See you there! 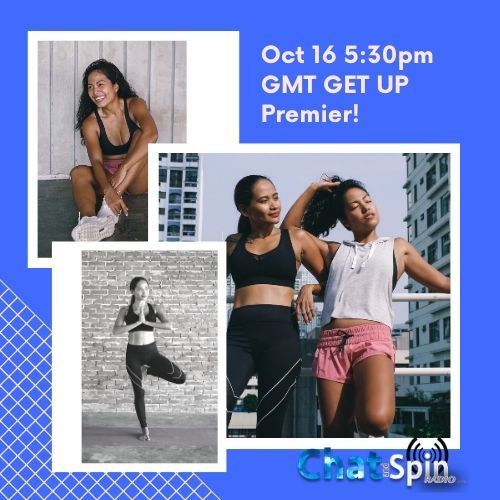 Apologies! #Hearts we have been a bit slow updating news here on the website. If you follow Queen on Social media, you would have learn't from posts that Storytime and live interview at Chat and Spin Radio scheduled for the… 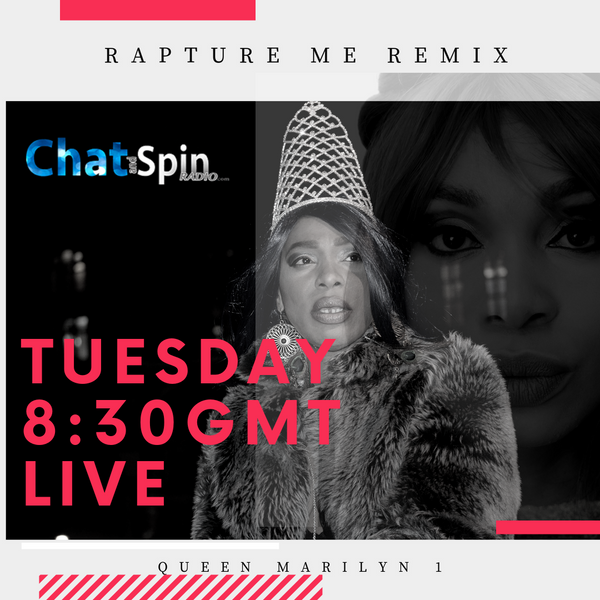 Saturday the 21st of September was a sensational premiere of "Rapture Me" (Remix) on Chat and Spin Radio. Radio presenters and owners Ian and Ron welcomed her majesty playing "God Save The Queen" before the interview. Queen shared the message… 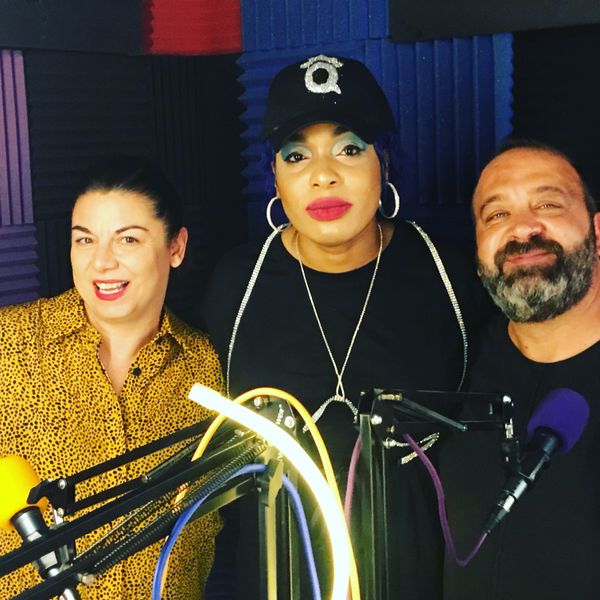 On the 28th of September Queen Marilyn 1 shared her life's journey to New Pop with Pamela Pagano of M Music and Radio. Success often appears to most as an over-night phenomenon, often not! Enjoy excerpts from the interview here… 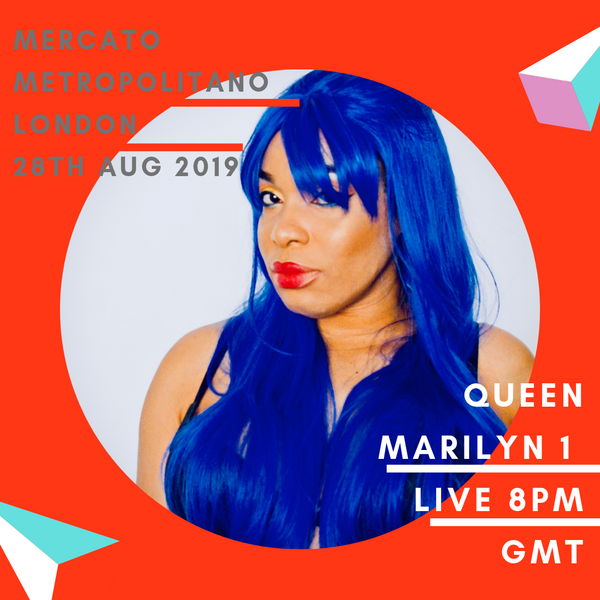 Queen Marilyn 1 triumphed indeed at Mercato Metropolitano one of London's best kept, secrets for fine dining, treasure trove for trendy Londoners and discovery hub for emerging artists in Music, Fashion, and Culinary Art. Queen was invited for an intimate… 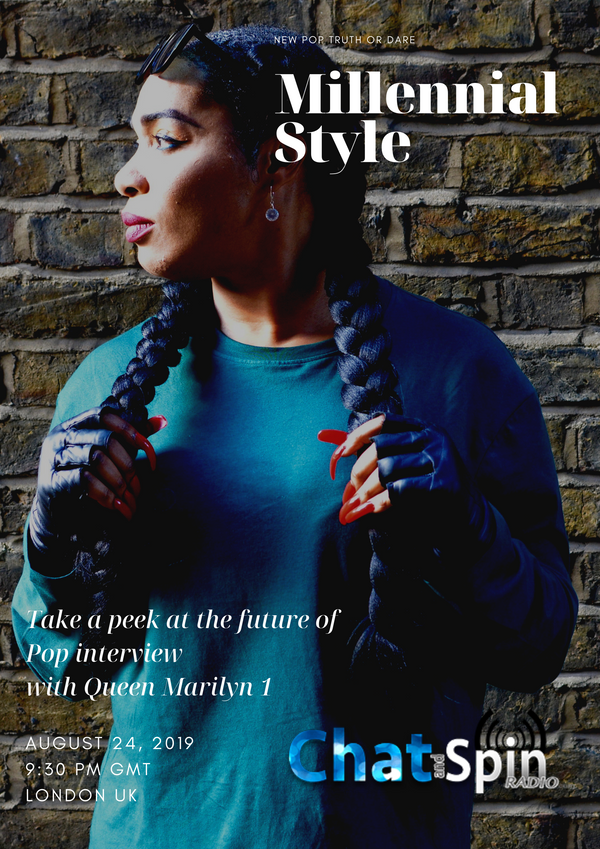 The UK Radio and their 200K plus listeners have extended a warm invitation to Queen Marilyn 1 and her New Pop storytelling. Every week, Queen will share anecdotes on her life, her music, her fashion and how music inspires and…

We are dancing around the studio after interrupting Queen Marilyn's writing session to inform her, she will be featured twice on Reverbnation's home page!

Trust Queen to pull out all the stops! Making sure we deck out her profile with… 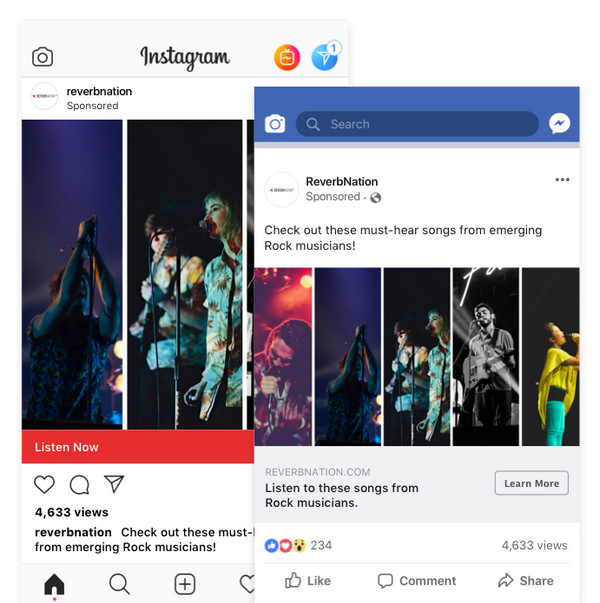 you’ve caught the attention of our Curation Team and have been invited to be a part of our exclusive Promoted Playlist Beta Program.

With Promoted Playlist, artists like you can now get the exposure you deserve. Your…

Thanksgiving kicks off with Reverbnation's homepage feature of Her Majesty. The celebrations continue with her birthday anniversary, brand collaborations, and more features to come. 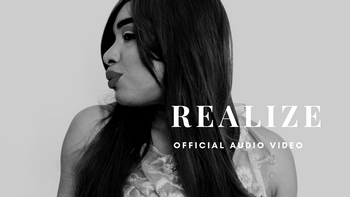 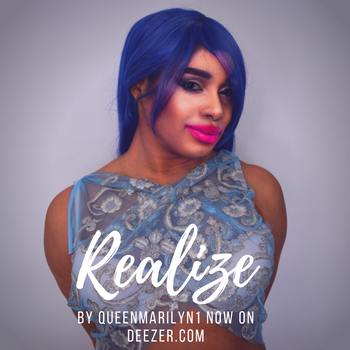 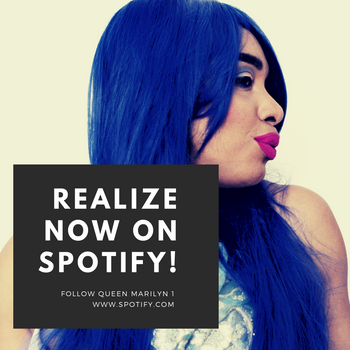 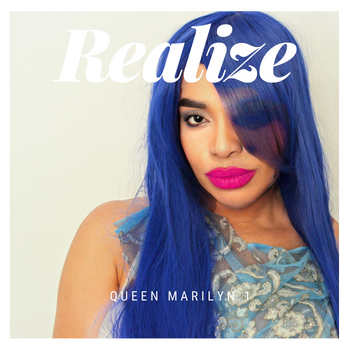 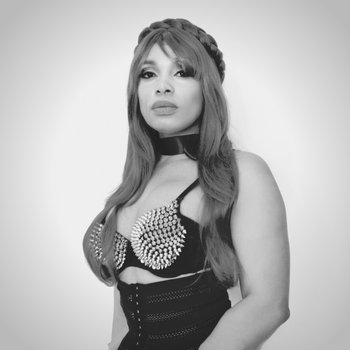 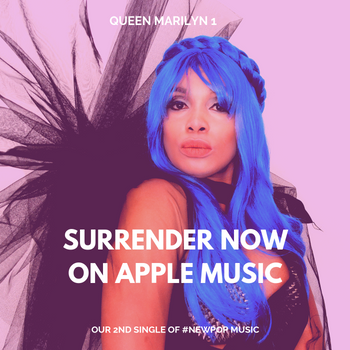 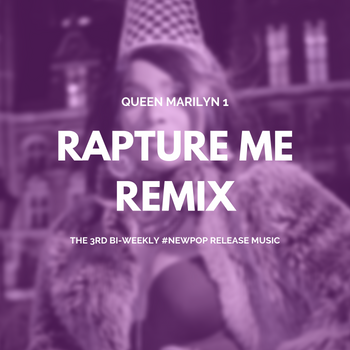 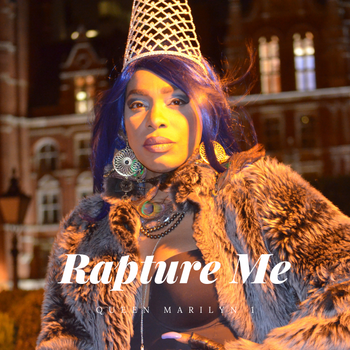 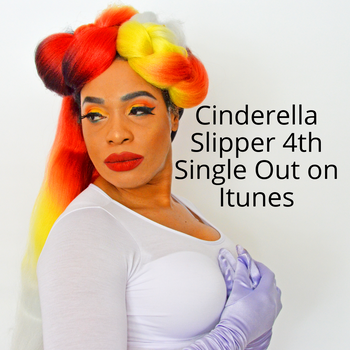 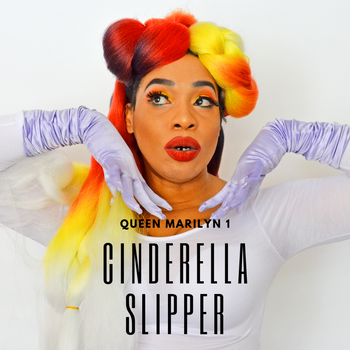 Queen's  4th bi-weekly release is triggering waves of emotions as her fans connect with the songs "heroine" and triumph for the underdog. For a limited time free downloads, in exchange for a mailing list signup!